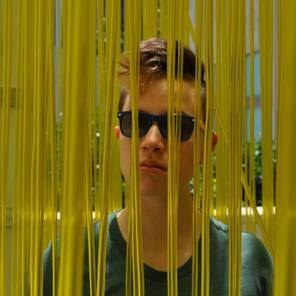 Their short film GLENDA, a love letter to Twin Peaks "25 years later," premiered at the 2016 Slamdance Film Festival. Her parody trailer  #HiddenFences,  inspired by the Golden Globes errors of 2017, was viewed over 3k times in its first 24 hours online.

Puppett produced and edited Too Many Bodies, a music video dealing with gun violence in America. Directed by Reena Dutt, the video leads viewers to a  website with resources  for survivors and loved ones as well as information on advocacy and voting for common sense gun laws.
​
Puppett is developing several projects, ranging from a suburban goth drama to a large scale fantasy film, all of which put a female protagonist at the front of the action.

​ACTOR
Puppett appeared on stage in the LA Premiere of Taylor Mac's HIR at Odyssey Theatre Ensemble, directed by Bart DeLorenzo. As a professional drag king, they were a core member of Philadelphia's premier drag and burlesque troupe, Liberty City Kings, and have traveled and competed in multiple states. Her on-screen credits include Guest Star roles on MTV's "Catfish: The Untold Stories," "City Kitties," as well as the series regular role of Sam in the sitcom web-series "Almost... Not Quite."